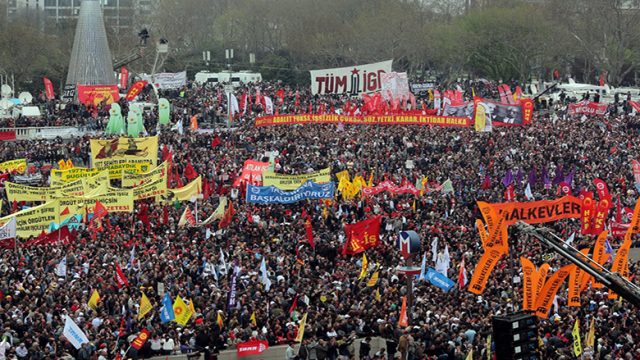 May Day should belong to the working class! Not to the servants of the bourgeoisie. It belongs to those whose living depends on their labor, not well-off, privileged ones. May Day belongs to those being forced to work in a pandemic, being dragged to battles in a war, not those who exploit them. May Day does not belong to those willing to give the political struggle a break at every chance.

International solidarity created May Day. Immigrant workers lit the fire of the struggle for eight hours workday. The history of the May Day is identified with the Haymarket martyrs, who were primarily German immigrants to the US. Back then, servants of the bourgeois were spreading the lies just like they do today. They told immigrants were morally depraved evil thieves. They defended immigration control for the sake of the national boundaries.

Syrian, Afghan, Pakistanian, women, men… Citizenship rights to all immigrant workers! The capital is responsible for poverty, moral deprivation, and violence, not the immigrants. Throughout history, currents demonized the immigrant workers under the cloak of socialism. Their actual purpose was to cover the sins of the bourgeoisie and make sure the proletariat would be committed to the state. The antidote to class collaboration is to acknowledge all immigrants are class brothers and defend equal rights for all workers regardless of their background.

In 1889, the Founding Congress of the Second International called its members to strike on May Day for the struggle of eight hours workday. This is how May Day turned into a world-scale day for class struggle. Today the agenda of the May Days around the world is the exact opposite. Today, May Days are limited to national concerns while the demagoguery of “national interests” poisons workers.

End the occupation! International solidarity of the working class cannot turn a blind eye to the uprising of the Kurdish people. An occupying state would undoubtedly oppress its working class. First, we need to stop assuming the boundaries of the oppressing nation-states are natural and given. We need to take May Day as an opportunity to state we do not accept the occupation of the oppressing nation-state.

Working-class should realize and express their strength on May Day! Nobody but the working class can mobilize for a common cause in every city in a country, in every metropole worldwide. The working class’s capacity to mobilize makes their claim to rule possible and meaningful. However, the working class is subjected to propaganda that convinces them that they are helpless and desperate.

Working-class democracy cannot be confined to bourgeois notions! Democracy means the removal of all obstacles to unionizing. Democracy means total freedom to strike to all workers, including the public sector. It means citizenship rights for all immigrants. Democracy requires a withdrawal from the occupied lands. It means freedom to all political prisoners, in Silivri or Imrali. It means abolishing all backward state institutions such as directorate of religious affairs or armed bureaucracy. It means exposing and canceling all of the treaties and agreements with NATO, USA, Russia and any other bourgeois dictatorships.

Constitutive assembly for democracy! September 12 regime is in a deep crisis, and its constitution is beyond repair. It is impossible to set back the clock and implement a “strengthened parliamentary system.” It is also impossible to improve the constitution with reforms. Workers and laborers need a new constitution to protect their rights and freedoms. Nobody should believe bourgeoisie political actors can make such constitution. Only a constituent assembly that throws over old legislation and institutions is capable of writing a new democratic constitution.

Government first! The prerequisite of the smallest gain toward democracy is removing Erdogan from power. The actors explicitly or implicitly supporting the Chauvinist Nation Alliance with the hope of electoral victory shouldn’t hold their breath. Ending the People Alliance’s rule is only possible with a mass laborer mobilization.

Being scared of revolution strengthens chauvinism! Those who are spreading the false hopes of getting rid of government with the help of bourgeois parties play ostrich about their own state’s occupation. They help reinforce the division of the working class on the basis of ethnicity and nationality.

Let’s circumvent the plans of bourgeois socialists and social-chauvinists! Against those who instill fear, weakness, and apoliticism to the working class, those who surrender to chauvinism, let’s celebrate May Day as the international fight and solidarity day. 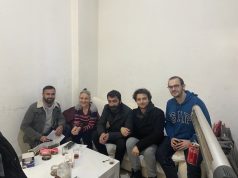 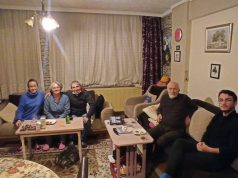 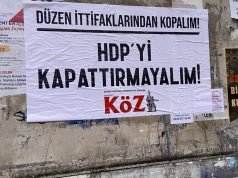 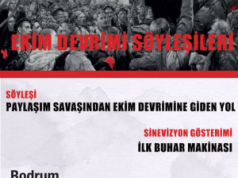 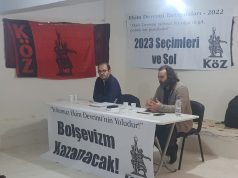 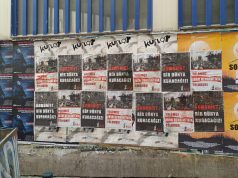 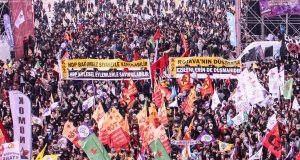